Major Lazer Soundsystem, Anne-Marie, David Guetta, Don Diablo, G-Eazy, Kygo, Morten, Oliver Heldens, Above & Beyond, Paul Kalkbrenner, Tujamo, and others are in the first line-up for the 7th edition of UNTOLD

One of the most awaited moments by the fans of one of the biggest music festivals in the world is here. The UNTOLD organizers announce the first artists to do amazing shows this year in Transylvania, Romania, on August 4-7. Some of them are joining Romania or UNTOLD for the first time. David Guetta, Don Diablo, G-Eazy, Kygo, Major Lazer Soundsystem, Morten, Oliver Heldens, Paul Kalkbrenner LIVE, and Tujamo are part of the 7th story from the magical realm created for 4 days and 4 nights in Transylvania, Romania. The first line-up from the mainstage is complete with Above & Beyond and the British artist Anne-Marie, a premiere for the Eastern European country to host her.

An appreciated and awaited artist, Kygo, is preparing a special show for UNTOLD. He is returning for the second time at this Festival with his latest amazing tracks, covers, and classics that made him famous.

A premiere for Romania at the UNTOLD Festival is Major Lazer Soundsystem, the electronic music project created by Diplo and consisting of him, Jilionaire, and Walshy Fire. The American publication Billboard included the Major Lazer Soundsystem project in ranking the top 100 artists in the dance spectrum. Their unique music, a fusion of genres between reggae and dancehall, with elements of dance and electro-house will be heard for the first time on the mainstage in Transylvania.

Another premiere for the UNTOLD Festival is Morten. The Dutch DJ and producer is one of the most active artists in the electronic music industry. The FUTURE RAVE project, in which he collaborates with the world’s number 1 DJ, David Guetta, has changed the dynamics in electronic production, the songs released under this name managing to dominate the charts dedicated to electronic music production. 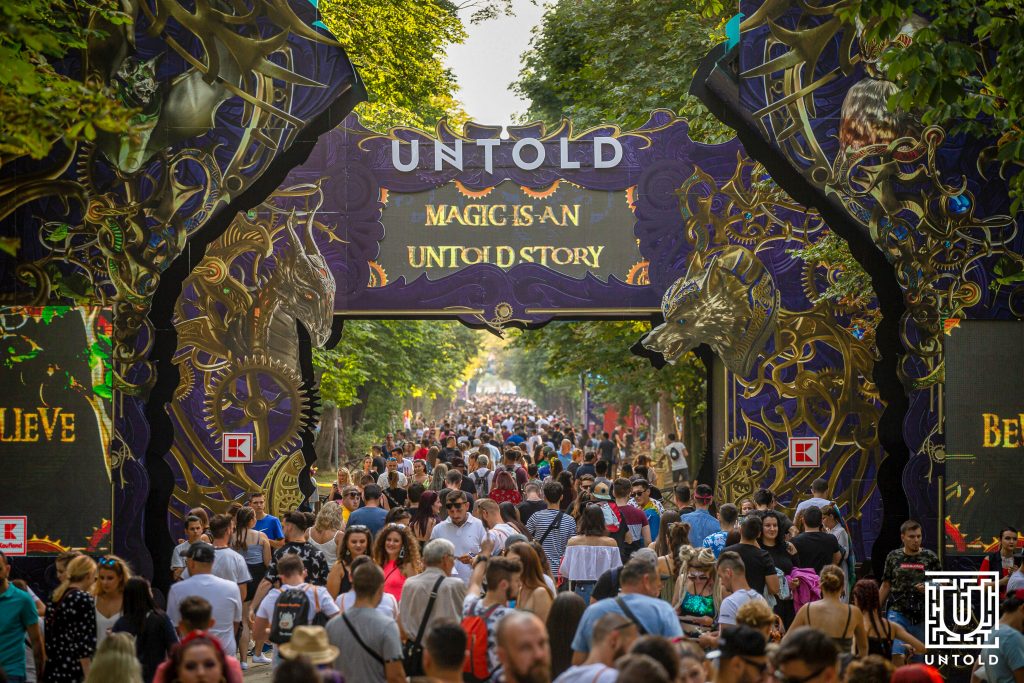 G-Eazy joins for the first time the UNTOLD Festival. After arriving at the Neversea festival 3 years ago, this will be his second time in Romania. He describes his musical style as a combination of 1950s culture and contemporary rap sound.

Anne-Marie, one of the best British female voices, with four British Awards nominations, including Best British Female Solo Artist, comes to Romania for the first time. Above & Beyond are preparing as well for their first show at UNTOLD.

David Guetta needs no introduction. He is the world’s number 1 DJ for the second year in a row and will be back on the Festival’s mainstage again this summer.

PAUL KALKBRENNER, A PREMIERE ON THE UNTOLD MAINSTAGE

A premiere for the UNTOLD mainstage is the techno superstar Paul Kalkbrenner. The German DJ and producer was present every year at the UNTOLD Festival on the Galaxy stage, and this year he will do the live show on the mainstage. 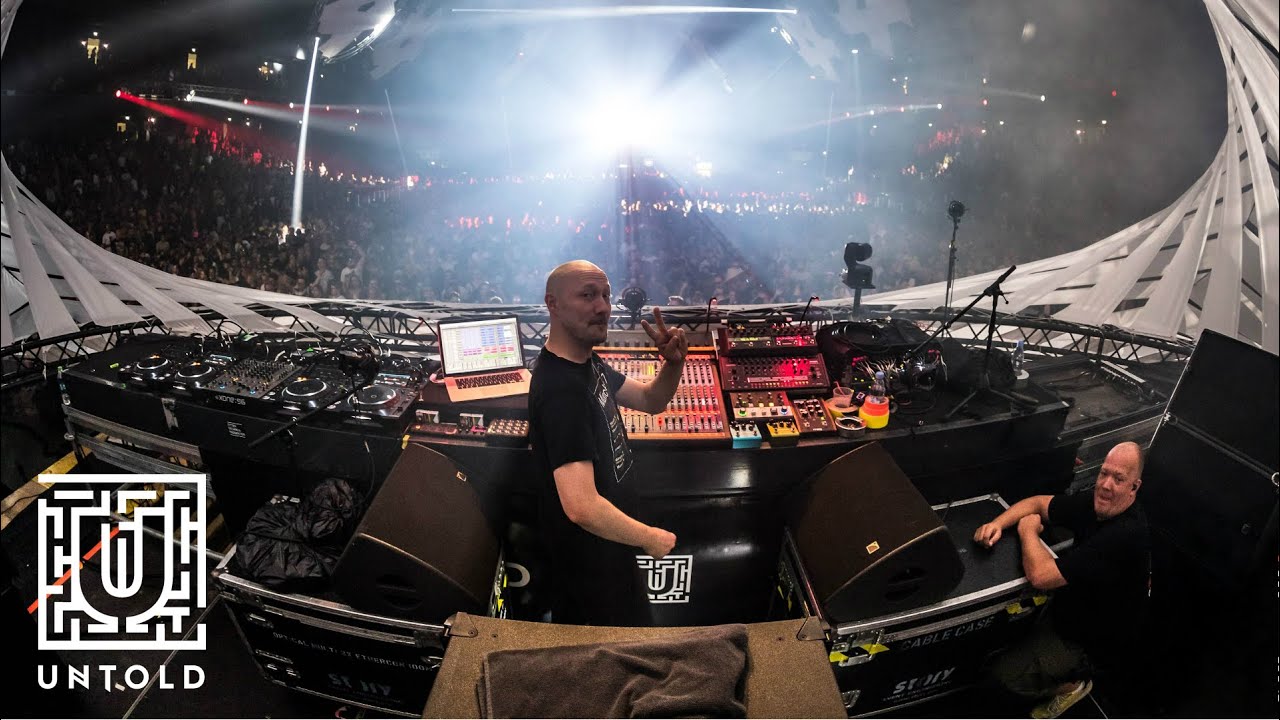 The demand is so high for Kalkbrenner that the BT Arena has become too small for him. The iconic “Sky and Sand” song, the incomparable “Feed Your Head” track, “No Goodbye”, “Parachute”, “Si soy fuego” and many more songs will be heard for the first time on the Cluj-Arena stadium.

Don Diablo, Oliver Heldens, and Tujamo complete the line-up for the mainstage of one of the largest music festivals in the world.

The Galaxy scene, the techno house of the UNTOLD Festival, also has premiere artists: Ann Clue, Reinier Zonneveld (LIVE), and Richie Hawtin. These big names in the techno world will be joined by Jamie Jones B2B Loco Dice and Boris Brejcha. Other artists will be announced soon.

Fans can purchase their entrance for 4 days and 4 nights in the World Capital of Night and Magic on untold.com, until February 11, starting from € 139 + taxes. After February 11, the tickets will start from € 149 + taxes. Those who already have ANYTIME passes can choose to participate in this year’s edition.

The 7th edition of the UNTOLD Festival takes place this year between 4 and 7 August. 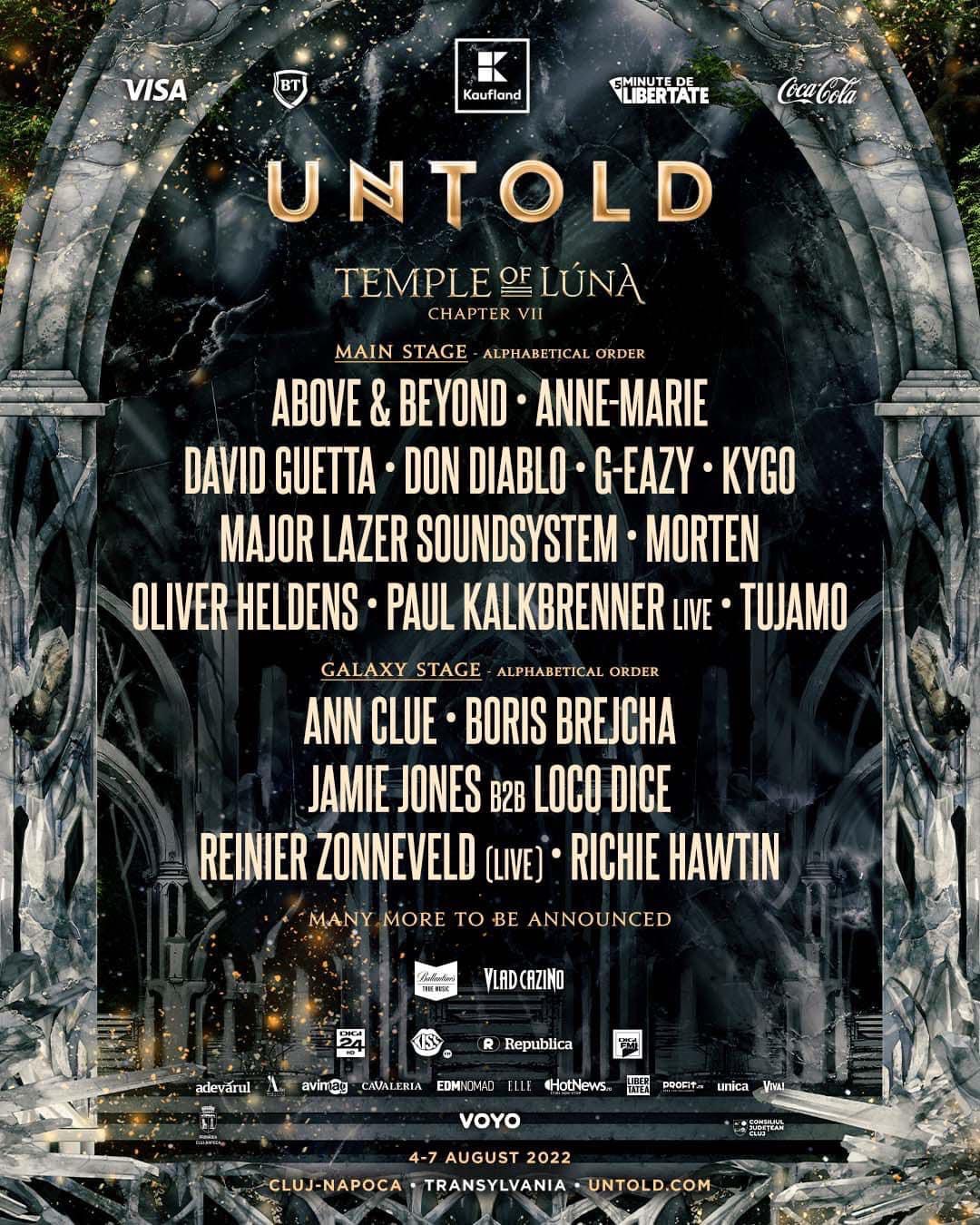