The story of Ricardo Villalobos – the legend, the artist (Part 3) | AVimag
[youtube-live-status]

The story of Ricardo Villalobos – the legend, the artist (Part 3)

One should think of Ricardo Villalobos’s career without taking into account the numerous artists he has influenced over the years and the effect he had on the electronic music spectrum. 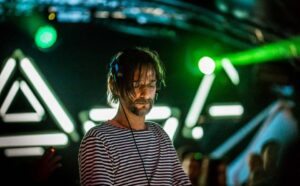 As the Chilean-born, Berlin-based producer released more and more tracks – all conforming to the typical Villalobos style – and as he became more of a powerhouse in the underground electronic industry, plenty of talented artists began benefitting in a way or another from the sounds created or promoted by him.

In our last segment focusing on Ricardo Villalobos’ life and career, we will show examples of the amazing effect “the king of electronic music” had on some of our favorite DJs and producers. 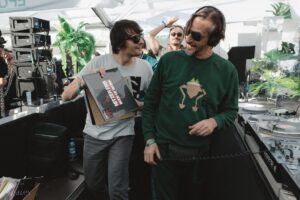 Let’s start with [a:rpia:r] and for this, we should go back in time up until 2006. It was one of the first times – if not the first – when Ricardo Villalobos played in Bucharest and Raresh opened for him. Of course, we all know and love Raresh for his simplicity and good heart, the youngest of his group, with an enchanting flair behind the decks. 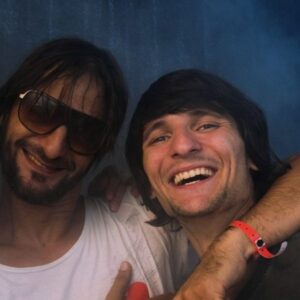 “I met Catalin from the Sunrise booking agency, who started to offer me gigs in Romania. But it was after I played with Ricardo Villalobos in Bucharest in 2006 that things took off.

After this party, I was practically introduced to the world, and Ricardo and I became close friends. That party was magical. […] Obviously it was extra special because it was my first party with Ricardo. I prepared a lot for it. I was very nervous, but it was amazing in every way. There 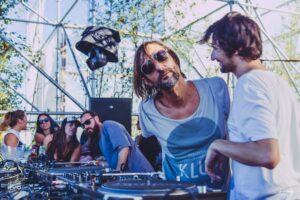 was an afterparty outside Bucharest in a nice villa, where Ricardo and I played together“, remembers the artist.

Recognising Raresh’s air and skills, Villalobos insisted that Raresh continue playing before joining him later in the night. The duo played back to back until the early hours at an after-party organised by Ghinea. Upon his return to Germany, Villalobos advised Cocoon—his booking agency at the time—to add Raresh to the roster, and the agreement was confirmed within 48 hours.

From that moment on, sets by Ricardo Villalobos and Raresh became a must for any party or festival goer, the duo establishing itself as legendary, regardless of the scene.

That particular party changed so many lives and we are not even joking. Alexandra, another artist we keep close to our hearts, remembers that very night in detail, for electronicbeats.net.

“In the past years I’ve experienced so many mind-blowing sets and parties with him on the decks, and it fills my heart with so much joy and torment when I think of all these moments… Probably my favorite would be his very first set in Romania at the SNRS party that happened in 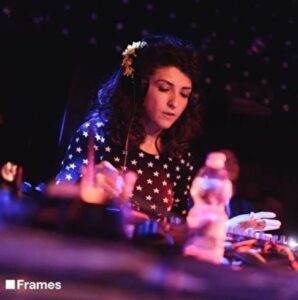 Studio Martin on March 25, 2006. It was one of the most anticipated parties of that year, and it definitely changed the scene—and it changed me, my way of exploring and listening to the music”, said Alexandra.

She was part of the Sunrise team at the time and everyone who was there was gifted a white scarf, just as the ones Villalobos used to wear. The atmosphere was incredible and everyone was just enchanted by the music.

“Always trippy, playing mind games with records brought to light from all sorts of corners of the world of music—new or so very old, obscure, dusty, forgotten or brand new. From him I’ve learned never to put a limit on my exploration and always to dare to search for and play the weirdest things that I like.

At his first set in Romania I remember feeling like I wanted to split in two; half of me wanted to stay near the DJ booth to watch his perfect way of playing with the two tracks he’s mixing and his magic, his messy way of browsing through the records and covers of his record-bags; and my other half wished to get lost in the crowd and be irrevocably enchanted by the music, to ride and absorb every wave of energy. For me Ricardo will always be like Gandalf: the greatest, boldest and brightest wizard that existed and will always exist in electronic music”, Alexandra admits. You’re not alone, Alexandra, we feel exactly what you mean!

Jamie Jones is another big name on the list or artists influenced by the Chilean-born DJ/producer. It was 2005 when Jones experienced the magic of a Villalobos set full hand, offering him a whole new perspective of what minimal techno can actually be when played right. This 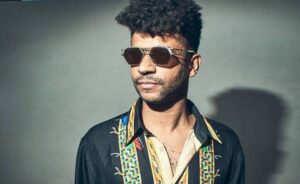 happened at Cocoon on June 20th, 2005. Let’s hear what Jamie has to say about “one of the two best sets I’ve ever heard in Ibiza” (the first being Laurent Garnier’s set on the Space terrace in the early 2000s).

“The best way for me to describe Ricardo’s set is that I was on the dancefloor surrounded by a lot of people I knew, and some of my best friends. I was dancing next to Damian Lazarus, and another friend of ours, Ed Cartwright: both, I can safely say, extremely hard to please, as I am. The night went on – the sun had come up – and I remember that no-one had said a word to each other for hours. I stopped and tapped Damian on the shoulder – and as I tell you this story, it gives me goosebumps – I said to Damian, ‘What the hell is going on? What is this? It’s ridiculous!’ Ed and Damian both turned to me and 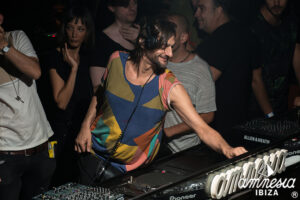 said, ‘Yeah, it’s unbelievable’. Everybody was mesmerised in a way I’d never seen before… sometimes there would be five minutes of a breakdown with crazy jazz pianos: it sounds weird, but it worked, trust me. It was the first time I’d ever heard Mathew Jonson ‘Decompression’. I think he played it twice – I probably would have too – it turned out to be the beginning of a period in house and techno that Mathew Jonson dominated with the pure class of his productions, and ended up with him being my inspiration as a modern-day house and techno producer.

Ricardo played for god knows how many hours, as the closing time in those days was much more unpredictable. Up until that point I hadn’t really explored buying old house and techno music. I did what every kid I knew did: I went to Phonica or Black Market Records every week and spent what money I had on records from the wall, or if I was lucky, under the counter. That all changed that night, because I knew that the music Ricardo was playing was not new. He twisted house and techno in the way that I have never seen before – and still haven’t seen to this day.

The next thing I did was go on Juno Records and look through everything they had in their back catalogue in two or three genres. I selected around five hundreds records out of the tens of thousands of clips that I listened to, and I slowly saved up to buy them – and that became my sound”, remembers the artist.

Vera is also part of the long list or artists who have Ricardo Villalobos to thank for the way they evolved once they got to listen to his sound.

“I met and was introduced to Ricardo for the first time in November 1999, when Ricardo came to play in a small bar in Mannheim where I

used to work. It wasn’t until summer 2000, though, that I got to experience the infamous DJ Ricardo Villalobos properly. I went to work in Ibiza for the whole summer, and Cocoon happened to have its first full season at Amnesia—with Ricardo as a resident DJ on the terrace.

I had just started DJing, and my friends and I managed to get season passes and went to Cocoon every Monday. By mid-season, more or less, we kept finding ourselves on the terrace all night with maybe 300 others, dancing under the spell of Ricardo’s eclectic mix of house, tribal and minimal music. It had such an impact on us that back in Germany we would go to his gigs whenever possible”, rememebers Vera, who for sure can be described as a gifted selector with flawless technique.

But maybe her sound would now have been totally different were it not for Ricardo Villalobos: “It was the time my DJ career slowly started kicking off—something Ricardo has also played a big role in. He has been my inspiration, my teacher and my friend for almost 17 years now. As a DJ, he’s a magician, a demigod. As a producer, he’s a scientist, an explorer and a child that created a whole new world in the spaces between the 4/4 kick drum. Most importantly, though, as a person, he’s deeply human.

He has pushed my boundaries and challenged my beliefs in my musical world as well as in my personal universe. He is not only a great, creative and intellectual mind, but he also has a great heart and empathy too, which makes him stand out as a person and as an artist”. Inspiration, teacher, friend, scientist… you know you’ve done a great job at life when other people have this to say about you.

And the list goes on. For example, Mari Kvien Brunvoll, who’s music is a personal expression that straddles jazz, electro pop, acoustic blues 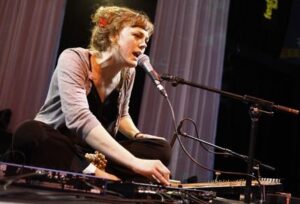 and folk music from different corners of the world.

Her self-titled album (2012) was nominated for the Norwegian Grammy in the open category. The track, “Everywhere You Go”, from this album, earned her a new audience when Ricardo Villalobos discovered the song and created a 28 minute long remix of it.

“It is really incredible how he made such a long meditative piece (30 min) out of this song. I find his work mesmerising, and I’m deeply honoured by his interest in my music.

I have definitely been inspired by electronic music as a genre. I would even say that electronic music is what I listen to most in my daily life”, told Mari for the shapeplatform.eu website.

Trust us when we say that this list could have gone forever, as it would be extremely difficult, if not impossible, to find all the instances in which Ricardo Villalobos inspired or influenced someone and the extent of that effect in what came after for each and every one.

It is why we must consider ourselves privileged to have listened and danced to his live sets. How lucky we are to have lived in the same time that Ricardo Villalobos’ music appeared and changed the electronic scene forever! Thanks, man!