The story of Ricardo Villalobos – the legend, the artist (Part 2) | AVimag
[youtube-live-status]

The story of Ricardo Villalobos – the legend, the artist (Part 2)

The Chilean-born German artist began making electronic music in the late 80s. From a very young age he has been a big fan of Depeche Mode, following their tours around Europe to listen to them.

His style is so unique, it is almost an unspoken tradition for his tracks to douns different than the 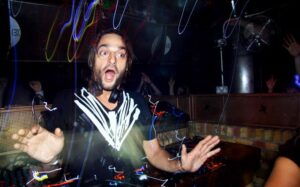 ones of other producers. We all know his long remixes or edits, but the true merits of his art are obvious when listening to any of his sets.

Those couple-of-hours soothing singing bowl-esque atmospheres that his sounds create bring a somber, contemplative sentiment to the people listening and vibing to the music.

Sometimes samba filled, very melodic and almost always vocal, his sets are a combination of today’s music and the sound of Villalobos’ childhood that influenced his growth and passion for music. 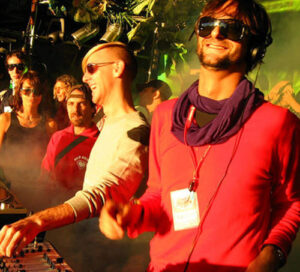 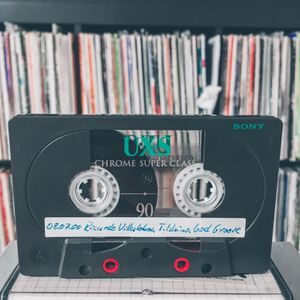 As far back as the early ’90s, Ricardo Villalobos began building an impressive discography of 12″ releases on respected dance labels like Playhouse and Perlon, and around the turn of the decade he was one of the most revered producers and DJs in dance music.

Let’s take a closer look on that whole decade, shall we?

At the start of the 1990s found Villalobos experimenting more musically, this time DJing disco, house, and early Detroit and German techno records to college-age crowds.

His influences at the time ranged from Depeche Mode and other Mute label bands to Baby Ford and Detroit techno favorites Dan Bell and Richie Hawtin.

By 1993 Villalobos was recording more frequently, and with some friends started up the short-lived Placid Flavour label, on which he released his first EP, Sinus Poetry. That year Villalobos met the owners of Playhouse Records, and in 1995 he made his first record with them, titled “The Contempt.” His infallible feel for rhythm has always been one of his major characteristics and it shows in his own productions as well as in his choice of records or his ability to make his sets so coherent and homogeneous. 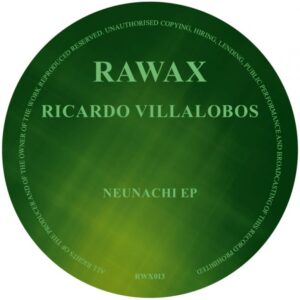 He continued through the mid-to-late 1990s with a flurry of DJ gigs and 12-inch releases for labels such as Frisbee Tracks, Ladomat 2000, and Lo-Fi Stereo, until he met the owners of Berlin’s Perlon label, the imprint on which he would later release a full-length album.

The year 1999 saw Villalobos’s first release for Perlon, “FMM,” and also found him moving to Berlin to immerse himself in the city’s burgeoning electronic dance scene. Because of the city’s liberal politics and cheap rent, producers such as Thomas Brinkmann, Ellen Allien, Perlon’s Zip and Sammy Dee, and a host of other minimal techno enthusiasts were already taking over the clubs in Berlin’s Mitte district with their brand of blippy electronic sounds. Villalobos became a welcome addition to their community.

“It’s important to make the club thing happen in Berlin, to develop our scene, and there are so many incredible musicians here in Berlin that it will start to happen,” he said of the club scene in his press materials, adding that “all these people will work together and it will be really fertile and interesting“. 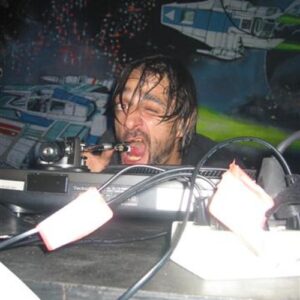 A minimalist at heart, he trotted the globe to study percussion in order to apply his knowledge to his productions, which almost always sound remarkably expansive despite their simplicity.

In addition to his own solo material, he has recorded with fellow expatriate Dandy Jack as Ric y Martin and with Luciano as Sense Club; additionally, he has taken part in Markus Nikolai’s Hombre Ojo project.

Two excellent mixes, 2002’s Love Family Trax and 2003’s Taka Taka, were released as his profile was significantly increasing, but the apex of his career was Alcachofa, a 2003 full-length 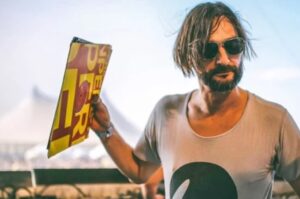 released on Playhouse. A second full-length, Thé au Harem d’Archimède, arrived on Perlon in 2004 and was nearly as astonishing as its predecessor.

“Everyone expects the next album to be even more special. Instead of making the music I want, I have to think of a follow up and people are demanding.

They are going to compare everything I do to Alcachofa. I would prefer less hype, but I’m really happy with the responses so far.

I just never thought people would consider my albums as special, for me it is just great music“, he said.

Long-form releases that followed include the double 12″ Achso (Cadenza, 2006), the two-track/72-minute Fizheuer Zieheuer (Playhouse, 2006), the compilation Salvador (Frisbee Tracks, 2006), the Villalobos-production-centric mix Fabric 36 (Fabric, 2007), and Vasco (Perlon, 2008). In 2011, Villalobos released Re:ECM, in which he and fellow electronic producer Max Loderbauer rework tracks from such artists as Arvo Pärt, Miroslav Vitous, Bennie Maupin, John Abercrombie, and others.

We should also never forget how in 2006 Villalobos, along with Richie Hawtin and Luciano, played to around 300.000 people at the Berlin Loveparade, one of the biggest crowds ever to take part at a techno music event.

At the end of 2008 and 2010, he came first in Resident Advisor’s Top 100 DJs of the year. Many electronic DJs and musicians refer to him as an everlasting source of inspiration. 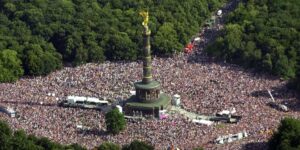 “I think music is a language, like someone talking to you, and I prefer a clear, understandable, calm voice as music. For example, in classic music, I don’t like 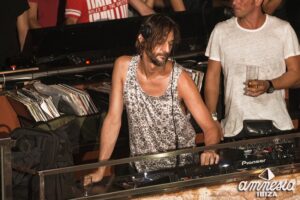 fortissimos in recordings because it’s too much information. Or like big bands in jazz, for example, I prefer little trios or four musicians.

When it’s a clear, understandable voice with all necessary components and frequencies which are necessary for the music. And nothing more than this. Of course, I like rock music and techno music, music which is transporting also aggression. And, of course, I like sometimes screaming on dancefloors and having a conversation and screaming loud, but not for a long time. And this is the music I do, also“.

We will focus on the major influence Ricardo Villalobos had on other artists in the next part of our trilogy. An artist so immense deserves this type of recognition, especially since he is – in a way or another – responsible for the love we share for this beautiful music.