Ro-minimal, the sound of the Romanian underground

When learning about electronic music, one must constantly dig deeper in order to find the sub-genres that collect crowds of thirsty fans all over the planet. Ro-minimal has an interesting story, making it our very own underground electronic music sub-genre. When it first appeared, minimal was something like nothing people have heard before, although it was still house and techno, thus something extremely familiar to listeners.
This extremely minimalist sound, also named Microhouse and/or Minimal Techno by some, is basically characterized by a

stripped-down aesthetics that exploits the use of repetition and understated development. A noticeable difference between microhouse and house is the replacement of typical house kick drums, hi-hats and other drum machine samples with clicks, static, glitches, and small bits of noise, with extremely short samples used.
Even if the genre did not first appear in Romania, our DJs and producers have managed to turn it into an art form. Seeing that the sound has its own unique flavor, more and more people have started to use the term “Ro-minimal” to describe it or to call it. I mean… it’s not techno and it’s not house, but it’s something in between, with a little touch of dark, deep Romanian vibes.
But apart from the drum programming and sound innovations, there is something more, something about the general philosophy and aesthetics of the music that makes it so special and sought after.
Some of the first and most well known Romanian artists who have found the perfect expression of minimal electronic music, powered by good sound

engineering, were Rhadoo, Raresh and Petre Inspirescu, better known as Arpiar. The beginning of the 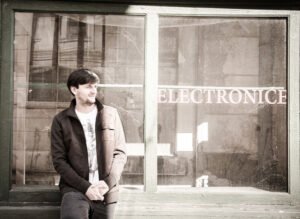 2000s marked the evolution of the crew, with Cezar Lazar (a.k.a. El Cezere or Cezar) being next to join in. A soft spoken but essential member of the family— and one of its oldest—he runs the record label Understand, and Ourown, a distributor and booking agency founded with Rhadoo.
Not far behind were Serban Goanta (a.k.a Kozonak/Kozo), Florin Cuntan (a.k.a Praslea), and Mihnea Opartan (a.k.a Herodot), followed by others—many of whom made the move to Bucharest, leaving home to join this swelling movement. And it was during these early years in Bucharest that the foundations of today’s community were laid: those who were there became part of this success; those who didn’t missed out.
Basically, the crème de la crème of Romanian electro-musicians was united under a single group of artists who managed to promote their sound all

over the world, something like musical country ambassadors. This went on with no breaks and year after year we could see new and very talented artists coming from the trenches of Romanian electronica. Barac, Vlad Caia, Priku, Sepp, Arapu, Suciu, Sublee, Alexandra, Nu Zau and many many others have already established themselves as underground celebrities.
Being from here and knowing the “unsung rules” of a Romanian party, the DJs always deliver what the public needs, which is almost uninterrupted weekends filled with deep bangers, in dark clubs or forests, to match the music.
The artists tend to blend two, three or more tracks to create a general blissful state and 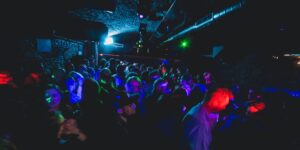 most of them do this without the use of software. They are some of the most technically proficient in the world. A party in Romania is not restricted by the club schedule. We love our afters, so you can go to a party Friday and finish it Sunday, or why not, Monday.

This is our way of doing this thing.

It’s important to know that, for a distinguished scene with such credibility, its size is remarkably small in Romania. Ro-minimal is more appreciated by the tourists and the small underground community rather than the general public. The accessibility, it seems, will always be a stumbling block. Romanian music doesn’t find you; you have to find it. Also this style is not for everyone because it’s not a mainstream type of music.
Almost two decades after, the music is continuously evolving and the scene is growing at a faster pace that anyone could have dreamed of. Festivals

are organized everywhere, basically, some being small, some being vast, but the sound is always the same.
Sunwaves is just an example of how big these events can become, but the list of important festivals which focus on electronic music goes on and on.

Many have tried to study ro-minimal from a technical perspective, and we would like to personally thank Michael Attias, for his impressive take on it:

“If you compare it to the music of those times (early European Techno and Trance), you will find that the BPM is considerably lower, the groove is totally different, and the sound is worlds apart, and yet, underneath all the layers of sound and time, something similar is hidden. Maybe it’s because both genres are mantra-based (sentences or segments that if repeated enough times, will bring you to enlightenment), maybe it is the similar harmonic concept, or maybe something in the general approach, something almost mystical that is hard to put your finger on.”
The article features historic references to why the sound of Ro-minimal is as it is, Attias believing not only that our past has made it possible for our youths of today to appreciate it: “Just before I sum things up, it seems like you cannot write a post like this without addressing the question of why Romania of all places?

Although this is one of the most frequently asked questions and despite dozens of conversations I have had with the Romanians on this subject, there is no one clear 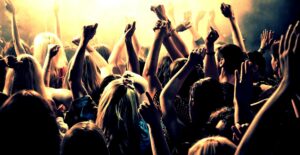 answer.
What we do know is that a history of hardship and suffering was, and always will be, a fertile ground to great art and breakthroughs, just like the birth of Techno in the dying Detroit, the gay and Latino community in NYC during the Paradise Garage era, or the black slaves and Jazz.
For me, Minimal, Ro-minimal, or whatever it is going to be called in the future, is not Techno, nor House, and not something in between. It is the third groove, the third branch, alongside Techno and House, on the tree of modern club music, or like French DJ and producer Varhat once told me: ~It is a new way of listening to music~”.
5/5 - (2 votes)
Share
cezarmicrohouseminimalMusicpetre inspirescurareshRhadooro-minimalrominimalTechno