There are three months left until Neversea Festival, the largest beach festival in Europe, will happen. The organizers announce new names for the 4th edition of the festival from the coastal city Constanța, Romania. Alesso, Azteck, Brennan Heart, KSHMR, Nicky Romero, Parov Stelar, and Quintino are the artists that complete the line-up for the mainstage between July 7-10 on the Island of Dreams. The previous announcements included Alan Walker, B Jones, Black Eyed Peas, Dimitri Vegas & Like Mike, Don Diablo, Tchami, Timmy Trumpet, Tujamo, Ummet Ozcan, W&W, and ZHU.

The fans of the secondary stages will also enjoy great names from the underground world of electronic music. Amelie Lens, Paul Kalkbrenner Live, Richy Ahmed, and Milo Spykers are coming for the first time to Neversea Festival. They will do amazing shows on the Temple stage, which is dedicated to the techno and house genres. Romanian DJs Arapu and Cezar B2B Prâslea and the British DJ and producer Jamie Jones return to the Island of Dreams this summer. They are joining the artists announced by now for the Temple stage: Mahony, Nina Kraviz, Priku, Raresh, Sit, and Sublee B2B Cap. 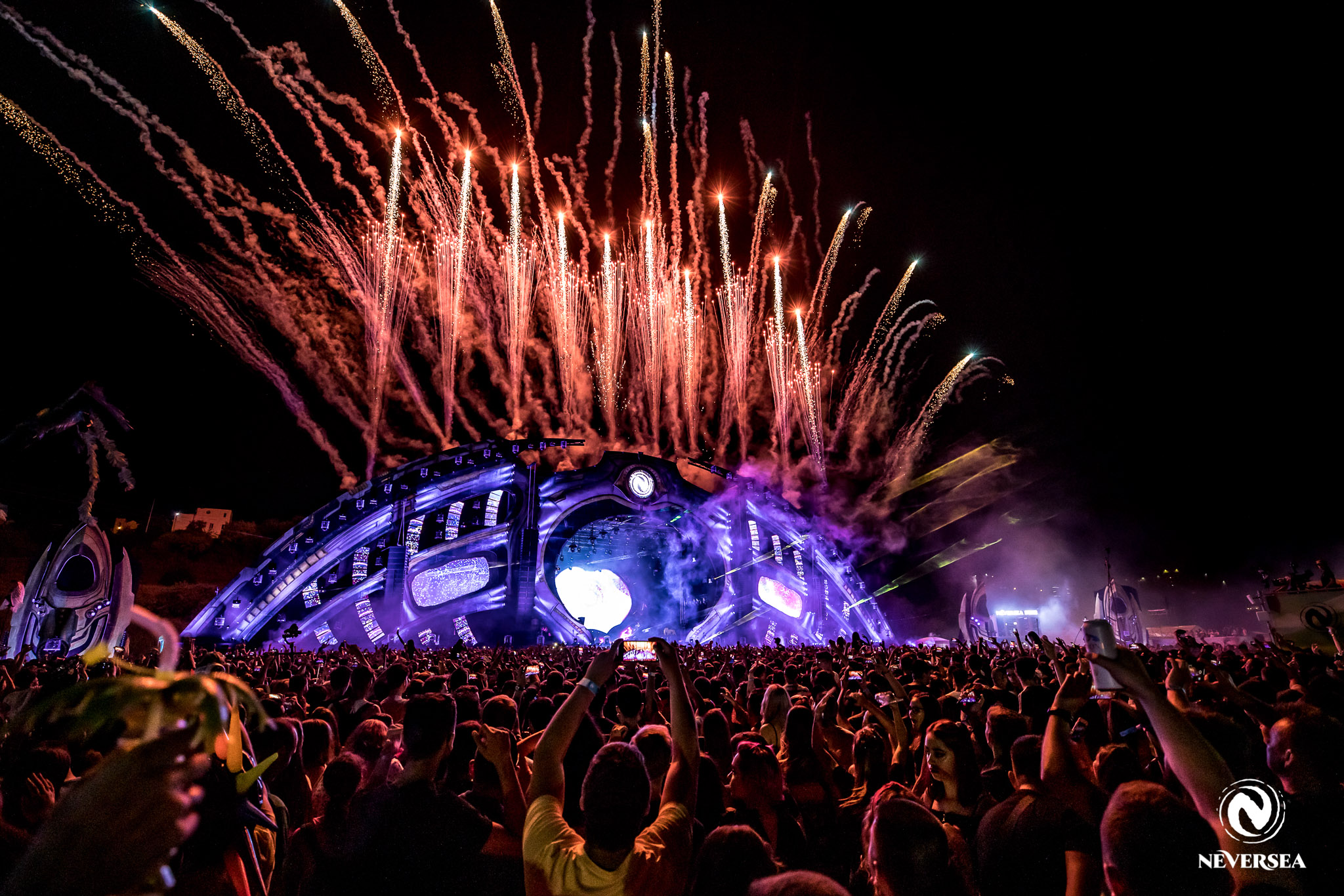 The Ark stage, created for dubstep, drum&bass, liquid, hip-hop, rap, and trap lovers, will host Dub FX & Woodnote, Malaa, and Zeds Dead. The organizers also announce Romanian artists that will perform on this stage. They are added to the announced names: BBNO$, Borgore, Dirtyphonics, Krewella, Netsky, and other important Romanian artists.

New artists will be revealed in the following weeks.

The Swedish DJ and producer Alesso stands out with his unique style: a mix between progressive house and elements of pop music. His first globally success is “Calling (Lose My Mind)”, which was voted the Track of the Year in 2011. For this song, he collaborated with Sebastian Ingrosso and Ryan Tedder, the lead singer of One Republic. Alesso then released the track “Under Control” with the British duo Hurts and Calvin Harris and got 1st place in the UK Singles Chart. 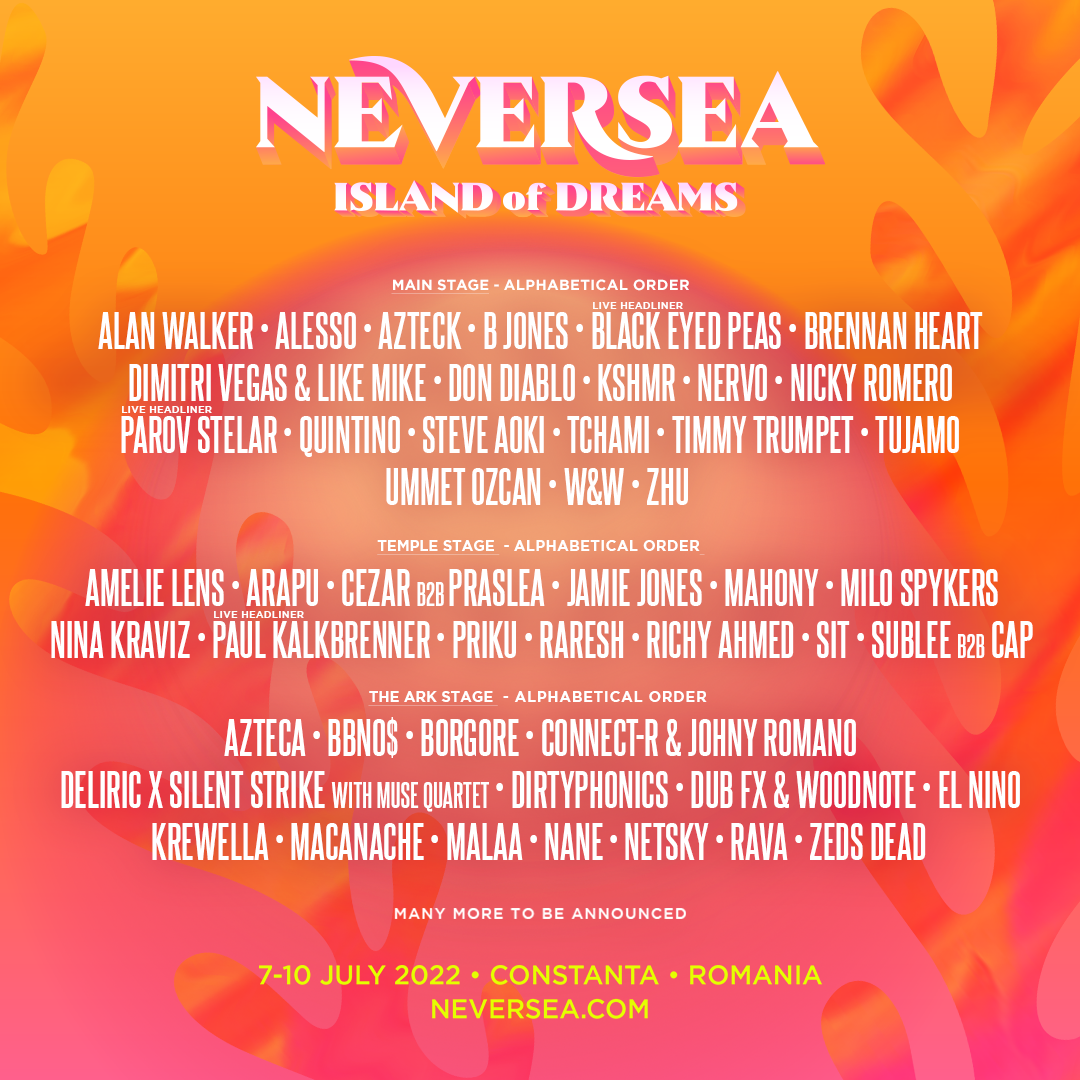 Alesso entered the Top 100 DJs in 2011. In the same year, he made his first Essential Mix for BBC Radio One and was named an artist “one to watch” by MTV. One year later, he got up 50 places in the Top 100 DJs and ranked 20th. He was invited to open Madonna’s concerts during the MDNA Tour and became an increasingly visible artist in the music world.

The Swedish artist loves producing. In 2014, he released the “Heroes (We Could Be)” feat—Tove Lo, a track that brought him into the Top 40 US. Last year, Alesso worked with Katy Perry for the

song “When I’m Gone.”. Since its release, “When I’m Gone” debuted on the UK Billboard Hot 100 and the UK Singles Chart in Europe.

KSHMR is an appreciated musician, composer, producer, and DJ. His Indian origins helped him to define his style, being a unique character in the world of electronic music. In 2015 he made his debut in Top 100 DJs in 23rd place, the strongest entry in that year. In 2021, KSHMR went up and ranked 11th place. This summer, he will come back to the Island of Dreams for a particular show.

Also returning to Neversea Festival is the Dutch DJ and producer Nicky Romero. In 2019 he said, from the mainstage of UNTOLD, that he would like to come back to Romania. This summer, his wish will come true on The Island of Dreams. Nicky Romero has successful collaborations with David Guetta, Calvin Harris, Avicii, Hardwell, Tiesto, Fedde le Grand, or Sander van Doorn. He is preparing now for a unique show on the Romanian coast of the Black Sea.

One of the most beloved names in music, Parov Stelar is an iconic figure. He created a unique sound brand, a mix between jazz, house, electro, pop, and hip-hop. The Austrian artist has earned the respect of great jazz artists, and he is considered an innovator. Rainer Trüby described Parov Stelar’s style as Minimal Jazz House. His catchy and dynamic music will make even the sea dance this summer at Neversea Festival.

NEVERSEA Passes start from 124 euros plus taxes. Installments are available exclusively through the Extasy App

The prices for 4 days and 4 nights of fun at the Romanian seaside, at the largest beach festival in Europe, start from 124 euros + taxes. This year, fans can purchase passes within installments, available exclusively through the Extasy App, which is available on Google Play for Android and iOs for iPhone.

The fans who already have ANYTIME passes can choose to participate in the 2022 edition or one of the following two editions. Those who have Freedom Passports can opt for the 2022 or 2023 edition.

The 4th edition of Neversea Festival will take place this year from July 7-10. More information is available on neversea.com.